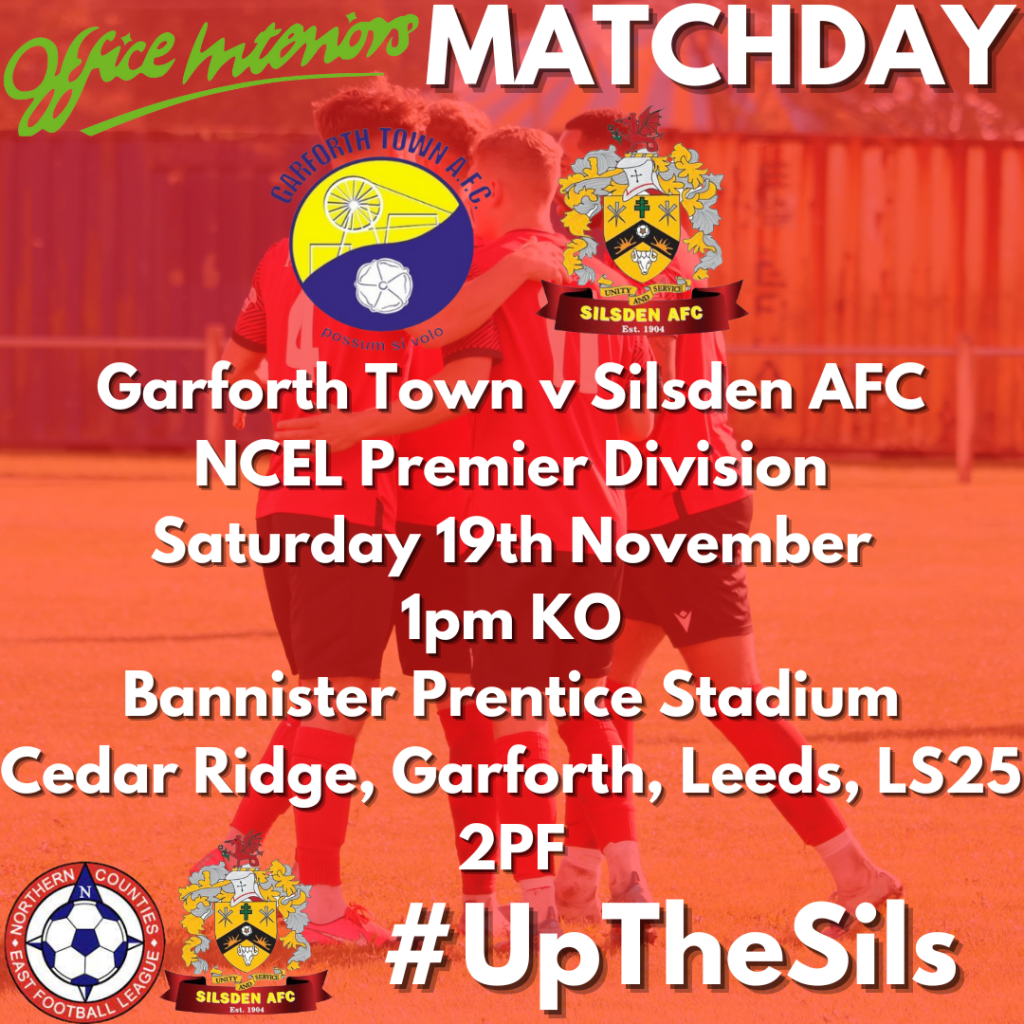 In a game of two halves, Silsden saw there five-game winning run in the NCEL Premier Division ended with a 3-1 defeat to high-flying Garforth.

First half goals from Dan Coupland, Nick Thompson and Sam Barker gave the Miners a 3-0 lead.

With Silsden chasing the game, Talent Ndlovu curled in his fifth goal of the season with a wonderful freekick but it wasn’t enough to bring the visiting Cobbydalers back into the tie.

Silsden’s Mark Hoban almost got them off to the ideal start, his half volley was tipped onto the post brilliantly by keeper Toby Wells, much to the midfielders dismay.

On 16 minutes the hosts would open the scoring.

Garforth caught Silsden on the break, sending a low cross into the box for Coupland to scuff home the finish.

It would be two just minutes later when a corner was given away cheaply and Thompson poked home at the near post.

Despite the Cobbydalers chasing the game, neither side created much until the 41st minute when another counter attack saw Barker set free inside the box, the midfielder slotting beyond Sam Kelly into the corner.

Ellis Hudson would have the opportunity to get one back before half time as a well crafted Silsden move allowed him to get a shot away from close range but the leg of Wells denied him.

After the break Silsden looked to pressure the Miners defence, winning a number of corners but to no avail, Joe Crosby also firing just over on the turn.

Ndlovu would give Silsden a glimmer of hope on 78 minutes with a wonderful curling freekick, something their fans are becoming accustomed to seeing this campaign.

Garforth would hold on for the remaining minutes however, the defeat for Silsden a disappointing one but joint-manager Matt Cavanagh was still pleased with his sides performance:

”It might sound silly but I actually thought we played well as a team but we lost the game in a 20 minute bad spell in the first half which as we’ve discussed as team, we know isn’t acceptable

”I liked our control of the ball and the switching of play but I don’t think our craft and dial was there, it something we can work on and the lads know that”

The Cobbydalers will have the chance to put things right on Saturday as they host Bottesford at The Office Interiors Stadium, it’s a 3pm kick off for that one.