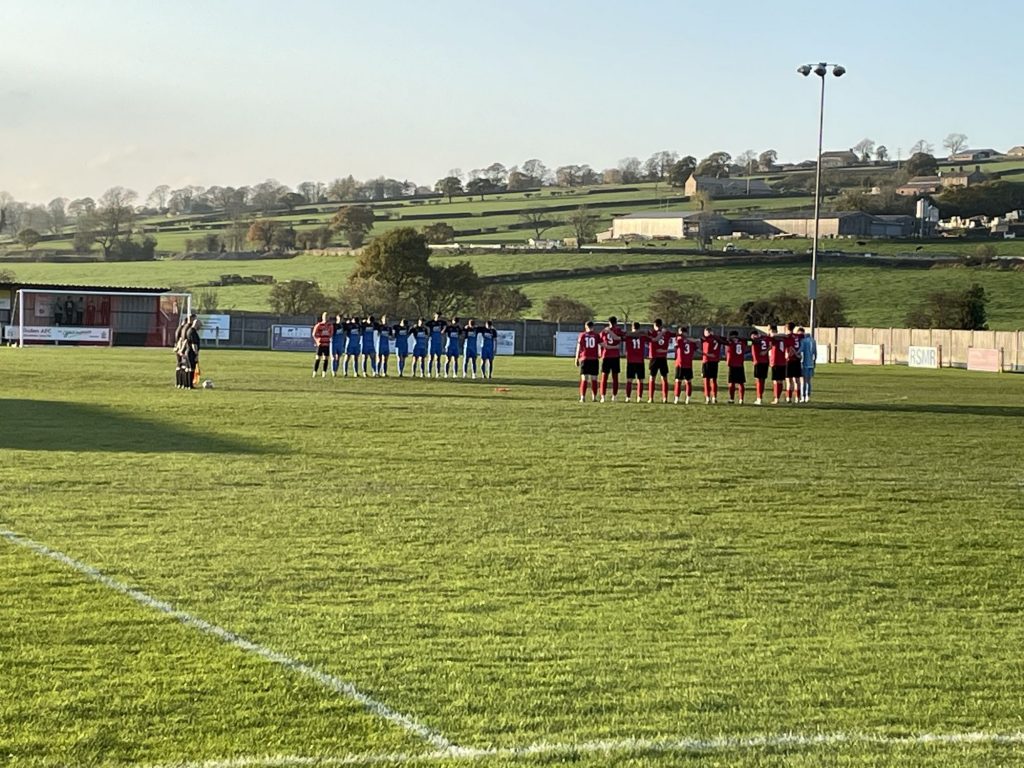 A five-star Silsden performance saw then come away 5-1 winners over Maltby at The Office Interiors Stadium on Saturday.

An Ellis Hudson brace and a late Lamin Janneh strike rounded off an emphatic performance from the home side.

A late Ellis Simpson consolation strike did little to take the shine off the result.

Following a well observed minutes silence for Remembrance Day, the game got underway.

Silsden looked to assert there dominance from the first whistle, Ant Brown firing a low effort into the side netting early on.

On 13 minutes, Crosby opened the scoring when the Miners failed to clear a cross and Brown headed the ball back into his path.

The 20-year old volleying in from close range.

Just six minutes later Crosby would have his second.

Brilliant battling from captain Talent Ndlovu to win the ball in midfield before he slipped in Crosby who rifled beyond Dylan Parkin in the Maltby goal.

Chances would keep coming for Silsden, Mark Hoban seeing his effort cleared off the line before Jacob Smith headed over from a corner.

Straight after the break the Cobbydalers would grab their third.

Brown cut the ball back for Hudson who opened up and curled a wonderful strike into the top left corner via the crossbar.

Hudson would again get on the scoresheet on 75 minutes, Crosby’s unselfish cutback leaving the former Bradford City winger a tap-in inside the six-yard box for 4-0

A quick counter attack saw the ball switched from right-to-left at a fast pace, Crosby grabbing his second assist of the game with a low cross that was tapped home by an unmarked Janneh.

Maltby captain Simpson did pull one back with a curling effort from range in added time.

That’s five wins from five for this high-flying Silsden side as they move up to 4th in the NCEL Premier Division table.

They face a tough task on Saturday 19th as they travel to third-placed Garforth Town for what is bound to be an exciting clash between two of the divisions top promotion hopefuls.

Kick off for that one is 1pm.