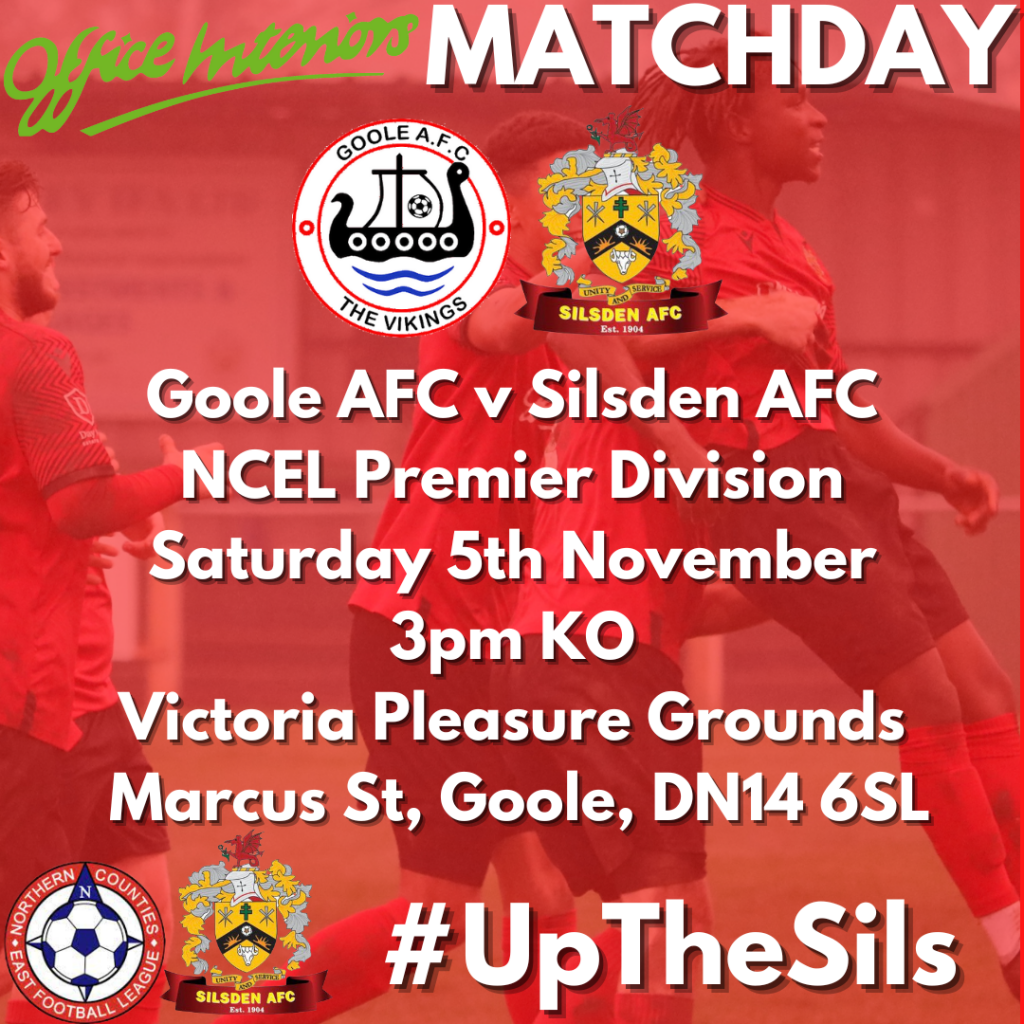 Silsden ran riot yesterday afternoon with an impressive 4-0 win over Goole at the Victoria Pleasure Grounds.

Ant Brown opened the scoring from the penalty spot on 15 minutes before Lewis Gardner grabbed his first goal of the season, with a wonderful solo effort.

The goals kept coming for the Cobbydaler’s as Joe Crosby made it three whilst Alex Stewart’s late finish rounded off an emphatic performance and made it four wins from four games.

Things almost got off to the perfect start for Silsden as Ellis Hudson raced through on goal, Alfie Neale in the Viking’s goal getting down well to deny him the opener.

Just 10 minutes later the visitors would open the scoring when the referee pointed to the spot after Brown was tripped inside the box.

Experienced striker Brown stepped up and calmly slotted the ball home for 1-0.

With their tails up, the Cobbydaler’s looked for a second, Talent Ndlovu testing the keeper with a low strike from range and Brown volleying narrowly wide from a corner.

On 42 minutes, young fullback Gardner powered forward on the left wing, cut into the box and beat two defenders before placing the ball into the far corner of the goal.

It was no less than Silsden had deserved and after the break, the pressure continued.

A long through ball saw Crosby race for a 50-50 with keeper Neale. Despite the latter getting there first, his clearance ricocheted back off Crosby and into the net.

The 20-year-old’s first goal since joining from Harrogate Railway just two weeks ago.

Things went from bad to worse for the Viking’s as on 78 minutes, midfielder Reece Kral was given his marching orders for multiple instances of dissent.

With the game nearing its end, substitute Lamin Janneh laid the ball off to Stewart who opened up and unleashed a fierce, low drive beyond Neale at the front post.

Another good result for Silsden who climb to 5th in the NCEL Premier Division table with 28 points from 15 games.

The Cobbydaler’s take on Maltby Main at The Office Interiors Stadium next Saturday as they look to continue the good form and remain part of the promotion chasing pack.