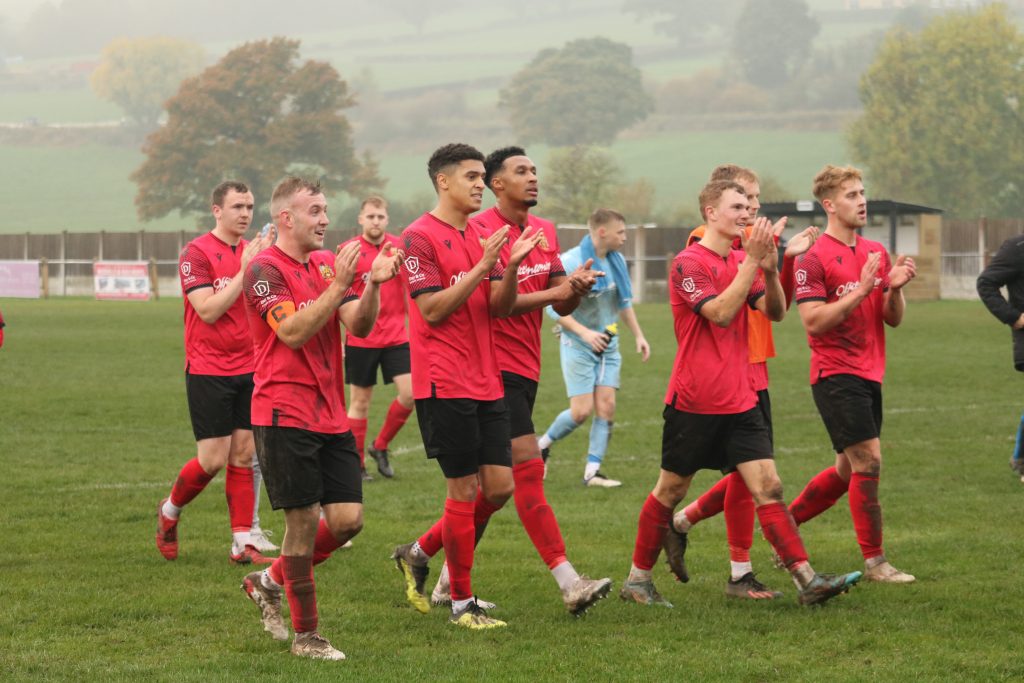 Despite Fernando Moke opening the scoring for the Eagles in the first half, a 78th minute own goal levelled the game.

Former Eccleshill captain Talent Ndlovu then curled a wonderful 25-yard free kick into the top corner to hand the Cobbydaler’s the three points.

The games early exchanges were very end-to-end, first Luke Brooksbank cut in from the left but his driven effort was tipped over by Ed Wilczynski.

Silsden keeper Sam Kelly was then called into action, doing well to push away a Luke Sidaway strike.

Lamin Janneh was next to try his luck for the hosts, looking to chip the keeper after Kyle Hancock played him in behind, Wilczynski was able to hold on however.

Centre half Alex Laird, looking for his first goal in Silsden colours then saw his headed effort clip off the top of the bar.

At the other end, Sidaway almost opened the scoring, racing beyond a high Cobbydaler’s line before sending his shot flying well over the bar.

Eccleshill would open the scoring on 40 minutes, Moke controlling the ball inside the penalty area and sending a left-footed curling effort into the bottom corner.

Silsden opted for a change of personnel early in the second half, experienced striker Ant Brown coming on for Joe Crosby, his ability to hold up the ball allowing the wingers to create more chances for the home side.

On 78 minutes, the Cobbydaler’s snatched an equaliser.

A smart backheel from Brooksbank set Lewis Gardner free down the left wing, his cross was heading towards Brown in the centre before Takuo Jitsukawa got there first and diverted the ball beyond his own keeper.

Just 5 minutes later Silsden would grab the winner with a moment of brilliance from Ndlovu, stepping up and bending a free-kick into the top-right corner beyond a diving Wilczynski.

The midfielder’s third goal in as many games secured the three points for The Cobbydaler’s, handing them their third win on the bounce and sending them up to 5th in the NCEL Premier Division.

Two away games await them next, a trip to Hallam on Tuesday before they travel to Goole for Saturday’s fixture.