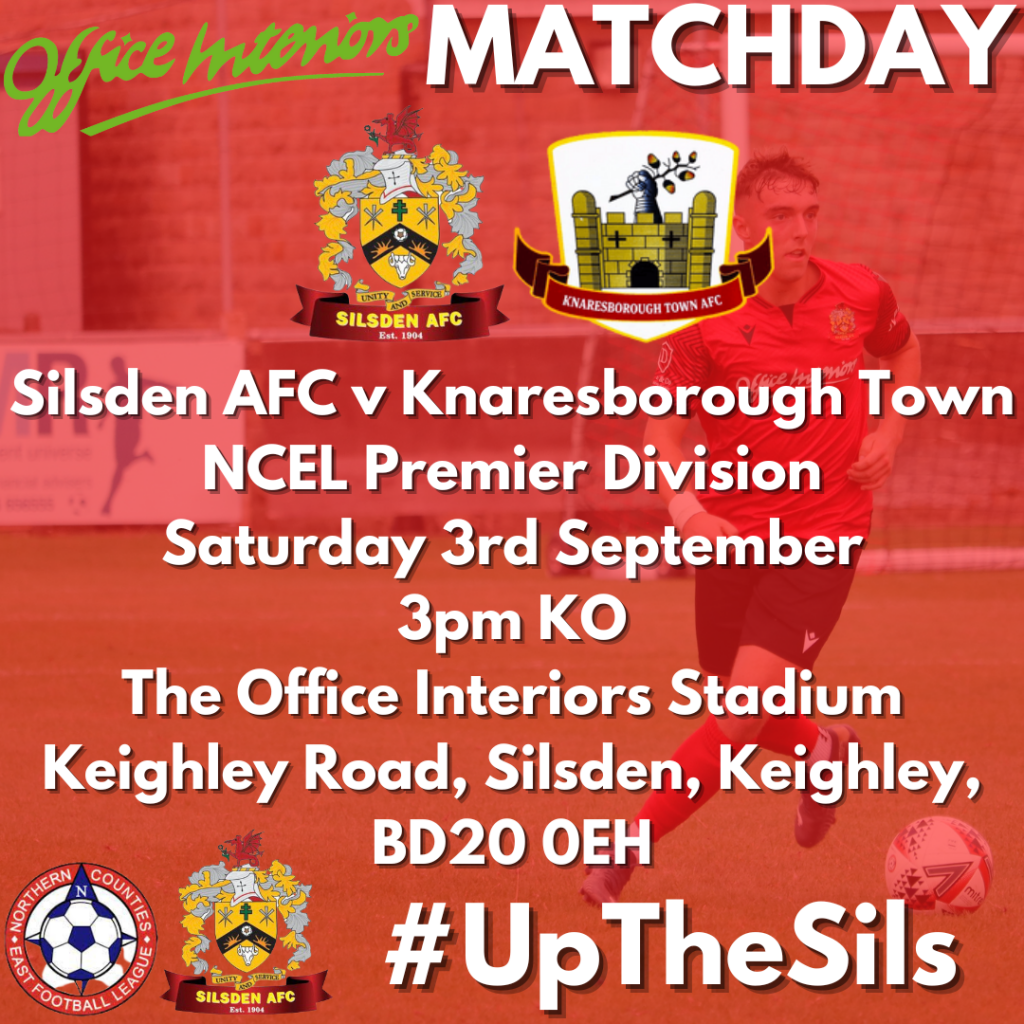 An early Knaresborough Town goal handed them a 1-0 win against a ten-man Silsden yesterday.

Having gone behind after just one minute, The Cobbydaler’s were left chasing the game for a full 90 minutes, but a number of saves from Tommy Brown as well as the woodwork denied them an equaliser

An 81st minute sending off for captain Kyle Hancock saw Silsden finish the game a man down, with the defeat seeing the Yorkshire side slip to 13th in the Northern Counties East Football League Premier Division.

Bradley Walker opened the scoring for the visitors with the first opportunity of the game, tapping in when a miss hit shot dropped to him at the back post.

Silsden looked for a way back into the game, Lamin Janneh forcing Brown into a good stop on 26 minutes, before Talent Ndlovu’s low cross also had to be pushed clear by the Town stopper.

Janneh and Luke Brooksbank would both try their luck from range just before the break, however the flew wide and over respectively.

Brown was again called into action early in the second half, making a magnificent low save when a cross was deflected goalwards by his own defender.

As the half progressed, chances would continue to fall for young winger Brooksbank, initially getting one on one with Brown who stood up big to make the save.

His second effort saw him cut in from the right wing before bending a low shot wide of the post.

With 81 minutes gone, Hancock went in two footed on Phillip Milsom, leaving the referee with little choice but to send The Cobbydaler’s skipper off.

The sending off wouldn’t stop the hosts pushing forward however, attacking fullback Alex Stewart was a coat of paint from levelling the scores, running at his man before smashing a low drive of the post.

Just a minute later, Stewart would go close again, curling his effort wide with what would prove to be the last chance of the game.

A disappointing result for Silsden who make it two losses in a week, they’ll look to make amends on Tuesday night when they take on Yorkshire Amateur in another league fixture.