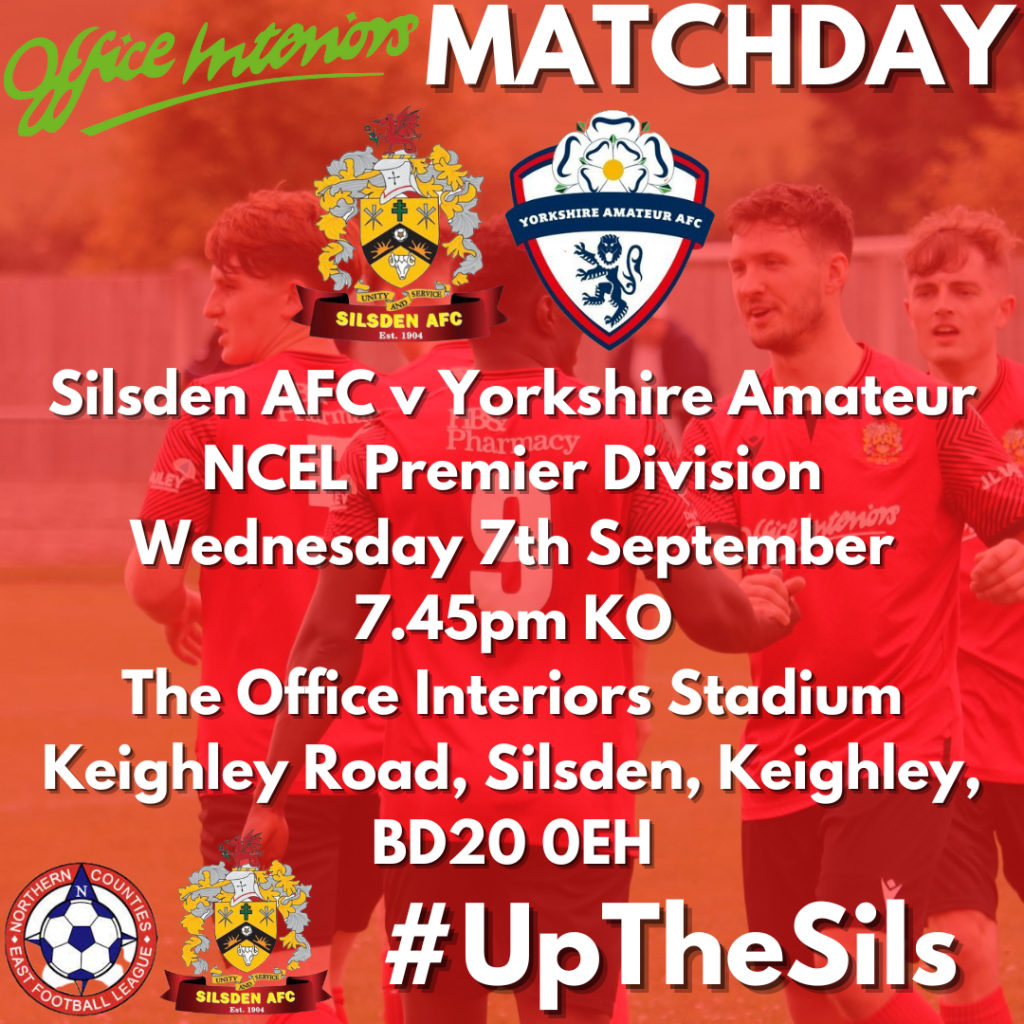 A confident Silsden performance saw them end a 3 game winless run in the league with a 2-1 victory over a ten-man Yorkshire Amateur side.

Striker Josi Bradshaw proved instrumental for The Cobbydaler’s, providing the assist for Finn Donovan’s opener, before rifling home what proved to be the winner on the half hour mark.

Louis Fialdini notching the equaliser for the visitors in between.

Fialdini would see him self sent off in the second half after an off-the-ball incident with former Farsley teammate Jacob Smith, leaving Ammers to finish the game with ten men.

After last week’s disappointing defeat to Knaresborough, Silsden were keen to get off to a good start. Just five minutes in, Donovan found himself in on goal, only for keeper Aiden Smith to narrow the angle and make a fine save.

Lewis Gardner, returning on a dual registration deal from Guiseley, was proving a real handful down the left hand side; his cross finding the head of Bradshaw who could only head wide of the target.

With the early pressure mounting, Silsden would find themselves ahead on 14 minutes. A smart one-two between Donovan and Bradshaw allowed the latter to swing in a pinpoint cross to the back post where Donovan was able to head home his first of the campaign.

Yorkshire Amateur would level soon after however, good play down the left saw the ball drop out to the in-form Fialdini who made no mistake in smashing a powerful shot beyond Sam Kelly.

A goal against the run of play, but the quality of the strike can’t be denied.

The hosts were quickly back on the front foot, Donovan again racing in behind before seeing his shot saved by the leg of Smith.

Ammers couldn’t hold on for long though. Talent Ndlovu’s whipped freekick was met by Donovan whose goal bound header was parried into the path of Bradshaw; the number 9 placing the ball beyond a helpless Smith for Silsden’s second.

At the other end, Kelly was called into action to deny Jamal Stewart. The visitor’s striker battling his way into the box before seeing his powerful drive brilliantly diverted over the crossbar by the new Silsden stopper.

If the first half was all action in the final third, the second saw a feisty battle between the two sides that threatened to boil over on numerous occasions.

In terms of chances, Ndlovu saw a low effort from distance held by Smith, before Bradshaw smashed a half-volley over from inside the penalty area.

A foul in midfield evolved into yellow cards for both Smith and Fialdini before the latter lost his head, lashing out at Smith just minutes later, earning him a second yellow and a one match ban for his troubles.

All that was left for The Cobbydaler’s was to hold onto the three points, a curling effort from Wilfred Frimpong the only real effort of note, that one easily held onto by Kelly.

The final score 2-1 to Silsden, a result that sees them climb the Northern Counties East Premier Division table to 6th.

A long away trip to face early high flyers Barton Town on Saturday will prove a tough test for The Cobbydaler’s as they look to continue their promising start to the season.