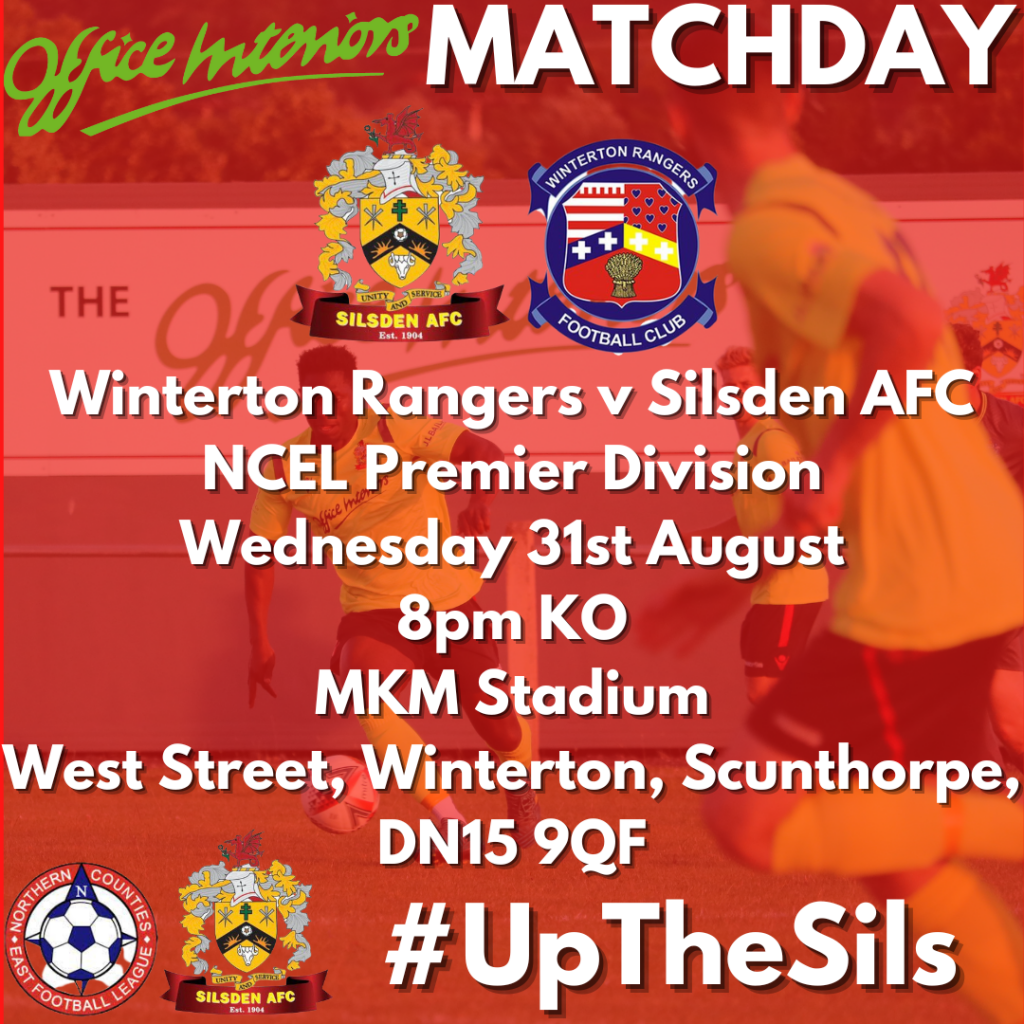 Silsden were beaten 3-1 by a strong Winterton Rangers side at the MKM Stadium last night.

Although there were plenty of chances for both sides, the hosts would show a ruthless touch. Goals from Paul Grimes and Josh Walker giving the hosts a 2-0 lead before Lamin Janneh pulled one back for the Cobbydaler’s.

With Sils pushing for an equaliser, Winterton would hit them on the break, adding a third goal to put the game to bed in the second half.

Having made the almost 80 mile trip to the MKM Stadium, the Silsden players were keen to get off to a good start, Talent Ndlovu seeing his shot from range fly over just four minutes in.

The visitors came back fighting however and would almost level things up when winger Arale Mohamed’s cross narrowly evaded the head of Janneh who was lurking in the 6-yard box.

On 21 minutes, the Lincolnshire outfit would double their lead through Walker. He found space in the box and curled a low effort into the corner.

Janneh would pull one back for Sils soon after, a perfectly weighted through ball from Brad Riley allowed the striker one-on-one with Nathan Popple and he delicately lifted the ball beyond the onrushing keeper.

The second half was a continuation of the end-to-end action seen in the first. First, Mohamed’s stinging drive was brilliantly diverted wide by Popple before the hosts went up the other end and hit the post with an effort from Walker.

Mohamed would have another chance just moments later, Ndlovu’s whipped cross flying towards him at the back post, the winger just unable to reach it with an outstretched leg.

Despite the opportunities, Rangers would seal the three points with a second goal from Walker. The tall striker racing in behind before slotting home to make it 3-1.

Whilst late chances would fall to both sides, with Arley Barnes shooting over from inside the box before Winterton’s unmarked winger missed a glaring late opportunity; the score would remain 3-1.

Plenty of positives to take despite the defeat against a good side. Although the result sees Silsden slip down to 10th, a home fixture against Knaresborough this Saturday gives the lads a chance to bounce back.