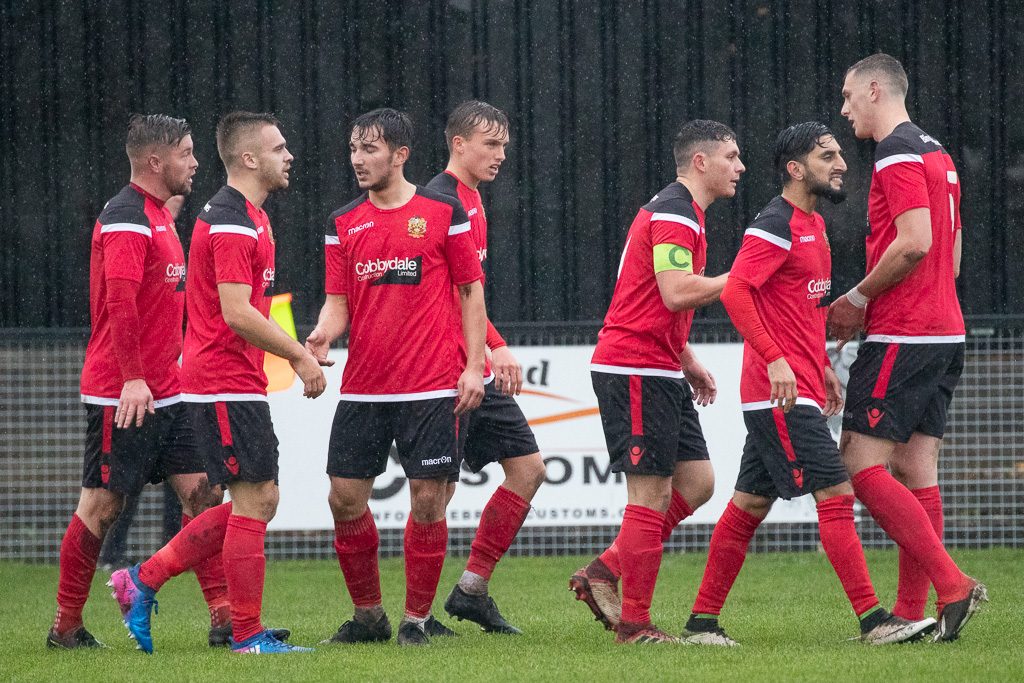 We take a break from league action tomorrow evening as we play hosts to NCEL
Division One outfit Nostell Miners WFC at the Cobbydale Construction Stadium.
The Cobbydalers picked up what was a “well earned point” said Manager Danny Forrest
on Saturday, against high flying Yorkshire Amateurs in the league and will hope his side
can can put in another spirited performance on Tuesday night and progress to the 5th
round of the NCEL League Cup by defeating the NCEL Division One outfit.

The Cobbydalers got to this stage of the competition by winning 3-2 away from home
against a very good Bridlington town side, with the goals coming from Matthias Britton,
Khurram Shazad and the weekends goalscorer Chris Wademan.

As for the visitors, Nostell were also 3-2 winners in the 3rd round and beat Harrogate
Railway Athletic after a late winner and will be hoping to try progress to the next round,
it is set up to be a very good game with both sides hoping to progress to the Quarter Finals.

After a big point picked up on the road against Yorkshire Amateurs on Saturday, the Sils
currently sit 13th in the NCEL Premier Division, the Sils have also picked up 7 points
from 9 in the last 3 games and will come into the game feeling confident after the good
run they are currently on, they have also won their last 2 home games. As for the
visitors, Nostell are currently 11th in the NCEL Division One and last time out they drew
1-1 at home to Dronfield Town. Nostell come into the game off the back of 2 draws and
and a defeat from their 3 previous league outings, and a break from league action could
pave the way for them to try get back to winning ways, with the visit to the Cobbydale
Construction Stadium, and a place in the NCEL League Cup Quarter Final at stake.

When asked about the result at the weekend and after picking up some decent results
as of late, Manager Danny Forrest said “From our point of view it’s a case of more of the
same, the attitude has been brilliant and we’ve seen a real togetherness which has
earned us some decent results”

On the thought of having a cup run, Manager Danny Forrest also said “we’d love a
good cup run just as much as any other team, so we’ll be doing all we can to try and
progress to the next round.”

When asked about the availability of players available for selection, Manager Danny
Forrest said “unfortunately we’re missing Myles Foley and Connor Thompson as they
are cup tied, but it just opens up a chance for somebody else to stake a claim and give
the staff some selection headaches.”

Manager Danny Forrest also emphasised on the crowds his team have been pulling in
this season and said, “the crowds have been decent all season and we hope it’s the
same on Tuesday night, as it’s really appreciated by all the players and staff when the
local community is behind the team.”

Kick off is at 7.45PM, Danny and the rest of the players and staff
would really appreciate the support, entry prices are as follows: