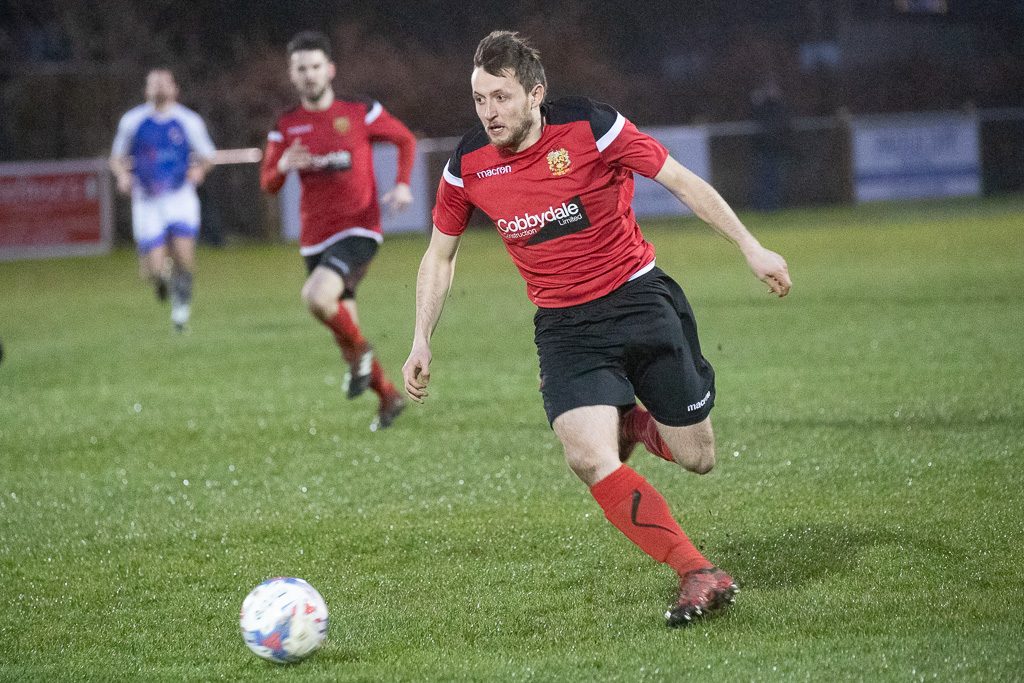 The Cobbydalers trip to the seaside on Tuesday night didn’t start well for the visitors as keeper Ben Higginson fumbled a low cross in the fourth minute, which allowed Mark HUTCHINSON to put the home side in the lead from two yards out. The Cobbydalers response was swift with two goals in three minutes. However, after an equaliser just before the break, the Cobbydalers re-took the lead. Higginson was to go on and make two superb saves in the second half which sealed the victory for the visitors.

Danny Forrest took the opportunity to ensure that squad players were able to get some game time in the League cup, with some senior players on the bench. The opening goal, set up by the impressive Matthew Broadley, was quickly nullified as the Cobbydalers pushed the Seasiders back. Khurram Shazad brought a fine save from James Hitchcock at the expense of a corner. Hitchcock pushed Dan Illingworth’s header for another corner which was cleared.

Bridlington broke up the right with Broadley reaching the by-line before crossing into the goal area. Ryan Cooper reached the ball first but he shot wide. From the goal kick the ball was flicked on to Matthias BRITTON who eased his way past two defenders to drive the ball in the bottom corner of the Bridlington net. Two minutes later Mark Everingham broke up the left, beating three defenders, before releasing Chris WADEMAN who slid the ball home.

Ryan Cooper saw a chip deflected for a corner and then Everingham blocked Lewis Taylor twice before Broadley curled an effort wide. After some good Silsden possession Britton shot over the Seasiders bar. There then followed a period of sustained pressure from the home side. Josh Brown cleared one effort before Broadley’s twenty-five yarder cleared the bar. Set up by winger Broadley, Brett Agnew shot wide.

Jake Taylor hit two left-footers over the Seasiders’ bar after some slick work by Shazad. Higginson saved another effort from Broadley. With three minutes left before the interval Joe DANBY curled the ball in to the top corner for the equaliser. Everingham prevented Bridlington going ahead a minute later, heading Broadley’s shot of the line.

Good interplay between Wademan and  Shazad saw the former almost putting the Cobbydalers ahead early in the second half.  Keeper James managed to gather his shot at the second attempt. The keeper had no chance when SHAZAD, having been released by Everingham, curled the ball over  from wide on the left for the goal of the match.

Laurence Sorhaindo and Aidan Kirby then replaced Shazad and Britton, the former heading over the bar with his first touch. At the other end Higginson managed to flick a deflected header over the bar before Hutchinson was denied by an even better save by the Silsden keeper, who managed to tip Jack Bulless’ close-range header onto the crossbar.

Jake Taylor hit two efforts over the Bridlington bar in the final stages as the Cobbydalers managed to dominate possession. It had been a highly entertaining game, with good skills shown by both sides and played on a superb surface……rich entertainment for the crowd.