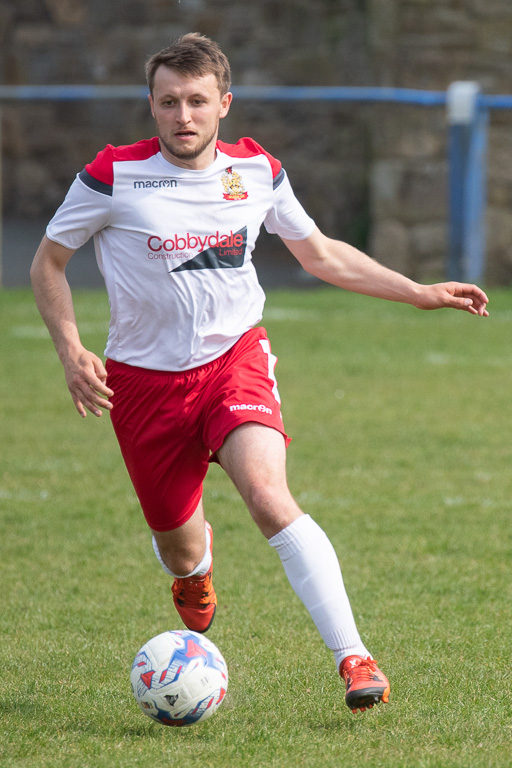 Chris Wademan is well known around the Cobbydale Construction Stadium. His pace and quick feet as a forward has been known to keep the Cobbydaler’s support on the edge of their seats at times. We thought we’d get to know the Silsden veteran a tad more.

You’re one of the longest serving players at the club Chris, what is it that’s made you want to stay at the Cobbydale Construction Stadium?

I really enjoy it, there’s always been a lot of my mates down there so no need to go elsewhere.

You recently had a spell out in Australia, how did that opportunity come about and how did it go?

I went over in 2014 for a season and absolutely loved it so when I got the chance to go again I jumped at the chance.

What are your thoughts on the current campaign, and how do you think we can finish the season?

I think our league position isn’t reflective on how good our squad is. We’ve been playing well but not getting results but saying that we’re now on a five game unbeaten run so hopefully that can continue.

Who is your footballing hero, past or present, and why?

Wayne Rooney, always loved how hard he worked and he scored goals for fun.

Who’s the best trainer in the current squad?

Who in the squad has the best skills?

Khurram Shazad, try playing against him on a Tuesday at Goals.. its a nightmare.

Who’s worse off when it comes to a 100 meter sprint?

Who in the team would you want having your back in a physical confrontation?

Where can you see the club being in the next 5 years?

We’ve got a great set up, great manager so why not the Northern Premier League.

Do you have any interests out side of football?

Who in the squad would you set up a business with, and what would the business entail?