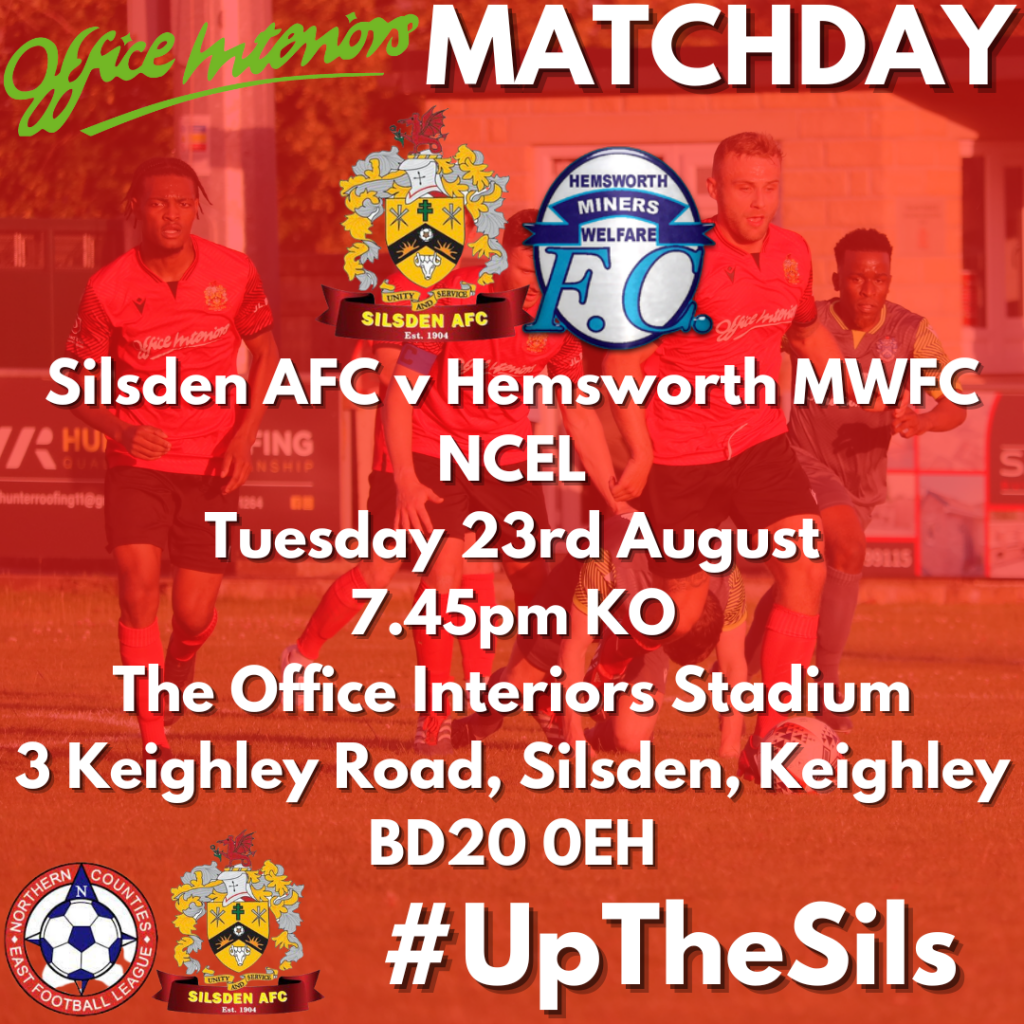 Silsden and Hemsworth played out an entertaining 2-2 draw at The Office Interiors Stadium last night with a last-gasp Jos Bradshaw equaliser ensuring the points were shared.

Despite a slow start to the first half, finding themselves 1-0 down after just two minutes, The Cobbydaler’s flew out the traps after the break, levelling the scores through Arley Barnes.

Although the visitors would retake the lead with a delightful, lobbed finish midway through the half; Bradshaw’s late header earned the home side a hard-fought point.

Within two minutes, Silsden would find themselves behind. Well’s winger Nash Connelly drilled in a low cross from the right and centre back Barnes deflected the ball beyond his own keeper for the opener.

Hemsworth would keep up the pressure throughout the first half, Jason Davies seeing an effort fly just wide of the left-hand post.

New Cobbydaler’s keeper Lewis Haley would also be called into action on numerous occasions, first punching a wayward cross over his bar before then making a superb reaction stop with his feet to deny Connelly.

With the score just 1-0 at the break, the hosts got off to a brilliant start in the second half. On 47 minutes, a Talent Ndlovu corner was headed down by Bradshaw into the path of Barnes. The defender made no mistake in atoning for his earlier own goal, burying the ball in the bottom corner.

The Wells were quickly back on the front foot however, Connelly again causing problems with his well-timed runs in behind. One of these runs found him 1-on-1 with Haley but the young shot-stopper stood his ground and did well to deny the winger.

Hemsworth’s lead would soon be restored however. A freekick found Harry Viggars unmarked and his downward header was looped in by a quick-thinking Charlie Barks, much to the delight of the travelling support.

With the game heading towards it’s final moments, Silsden brought on Finn Donovan and Arale Mohamed to provide some fresh legs on the right hand side.

It would be these changes proving instrumental, as the visitors looked to hold the ball in the corner, The Cobbydaler’s stole the ball, with Donovan finding Mohamed on the right wing.

The former Athletico man had acres of space to run into, using his blistering pace to get to the byline and deliver a pin-point cross onto the head of Bradshaw in the six-yard box. The striker notching his first goal of the campaign and levelling the score at 2-2 with essentially the final touch of the game.

While The Wells will be disappointed they couldn’t see out the game, the result sees Silsden move up to 6th in the table, picking up seven points from their opening four games.

There’s another home game for The Cobbydaler’s this weekend, as they take on Garstang FC in the first qualifying round of the FA Vase.