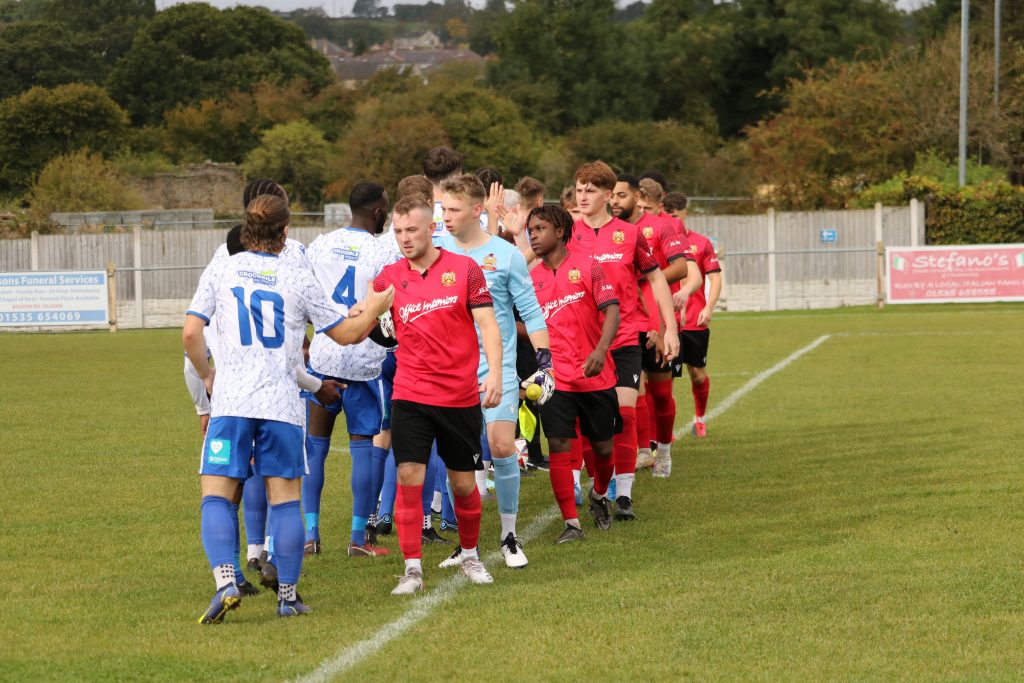 Silsden returned to winning ways with a 2-0 victory at home to Golcar United yesterday.

A goal in each half for striker Josi Bradshaw gave The Cobbydaler’s the three points and sees them climb to 8th in the NCEL Premier Division table.

Golcar would create two chances early on, first sending a volley just wide from a corner before a shot at the back post could only find the side netting.

These opportunities were a wake up call for Silsden who began to push forward themselves. Bradshaw seeing a low effort turned round the post by Harry Stead.

Luke Brooksbank then almost opened the scoring after a low cross from Finn Donovan came towards him in the centre, but the young winger just couldn’t make contact with the ball.

Another opportunity fell his way from a corner with Stead being forced into a great reflex save before Jake Maltby was denied his first Silsden goal by a smart goal line clearance.

The deadlock would be broken on 22 minutes when Bradshaw raced onto a sloppy back pass, took the ball beyond the keeper and slotted into the empty net for his 5th goal of the campaign.

After the goal the game began to slow down, Brooksbank would have another chance before the break; Bradshaw this time looking to turn provider with a perfectly weighted through ball, only for the young winger to have his shot saved by Stead.

The second half took almost 15 minutes to provide any action of note, skipper Kyle Hancock curling a 25-yard freekick goalwards, Golcar’s keeper was there to tip it over however.

At the other end, the visitors would miss a gilt edge opportunity to level the scores when Leon Henry found himself unmarked at the back post, but he would somehow send his effort wide, much to the relief of the Silsden defence.

Despite these chances, it would be The Cobbydalers who grabbed their second goal and secured the victory.

A moment of magic from Bradshaw as he picked up the ball in his own half, dribbled past a defender before firing a 25-yard looping effort over Stead and into the top corner: a goal worthy of winning any game.

The win sees Sils climb the table once again and they are beginning to establish themselves as part of the chasing pack in the league.

There’s a break from league action once again however, with a long midweek trip to Ollerton for the League Cup next on the fixture list.