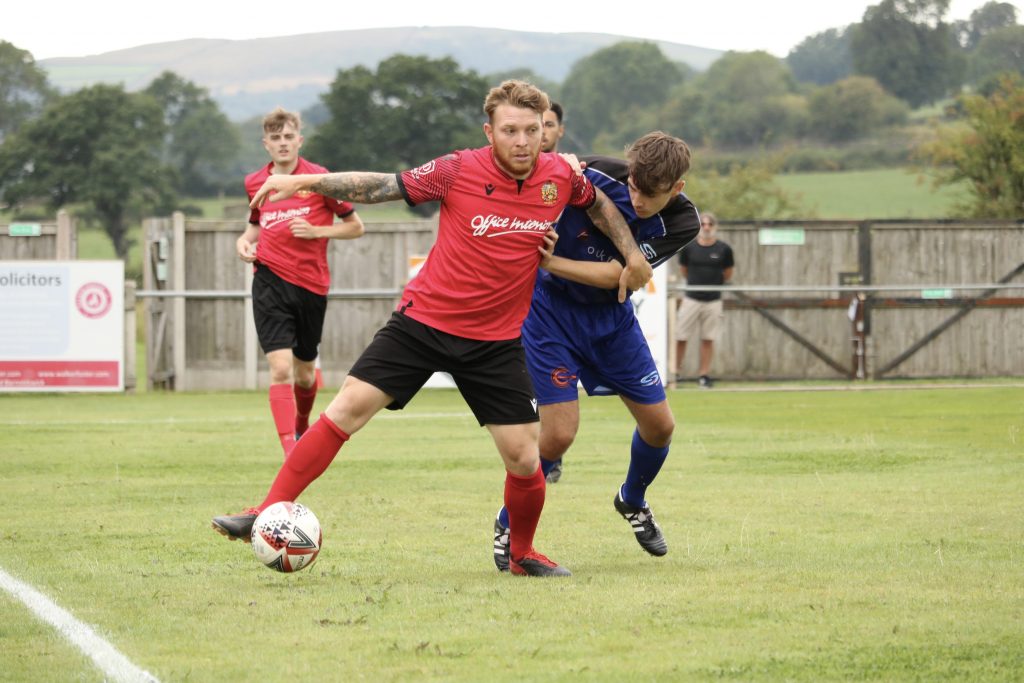 It was derby day disappointment for Silsden yesterday afternoon as they fell to a 3-2 defeat to local rivals Thackley.

Although The Cobbydaler’s head led 2-1 early on with goals from Brad Riley and top scorer Luke Brooksbank, a quickfire double from the Dennyboys handed them the lead and the three points.

The visitors got off to the perfect start with Riley opening the scoring after just a minute.

Finn Donovan’s throughball was miscontrolled by a Thackley defender, allowing the winger one-on-one with Luke Wilson and he made no mistake in placing the ball into the bottom corner.

Silsden’s lead would last just two minutes however as a corner from the left ricocheted around the penalty area before being smashed home by Kris Hargreaves.

Brooksbank would put Sils back in front on 23 minutes with his 6th goal of the season. His shot from range took a huge deflection, catching Wilson out and giving the visitors a 2-1 lead.

Once again the hosts hit back quickly, winger Amir Birchill seeing his effort loop over Sam Kelly for the leveller.

After a five-goal first half, The Dennyboys looked to add to that tally in the second, forcing the Silsden defence to make a number of crucial blocks and clearances inside their own penalty area.

With the game nearing its end, Lamin Janneh would have two great opportunities to level the tie.

For his first chance, the pacy striker sprinted in behind, only to be met by the onrushing Wilson who did well to narrow the angle.

The second opportunity came just a minute later, left back Lewis Gardner powering into the box before drilling a low ball across the 6-yard box, Janneh sending his effort high over the cross bar.

That would prove to be the final chance for both sides, the hosts holding on to claim the three points. For Silsden, the result sees them slip to 8th, still one place above yesterday’s opponents.

There’s a break from league action for The Cobbydaler’s next weekend as they travel to Harrogate Railway in the FA Vase second qualifying round.