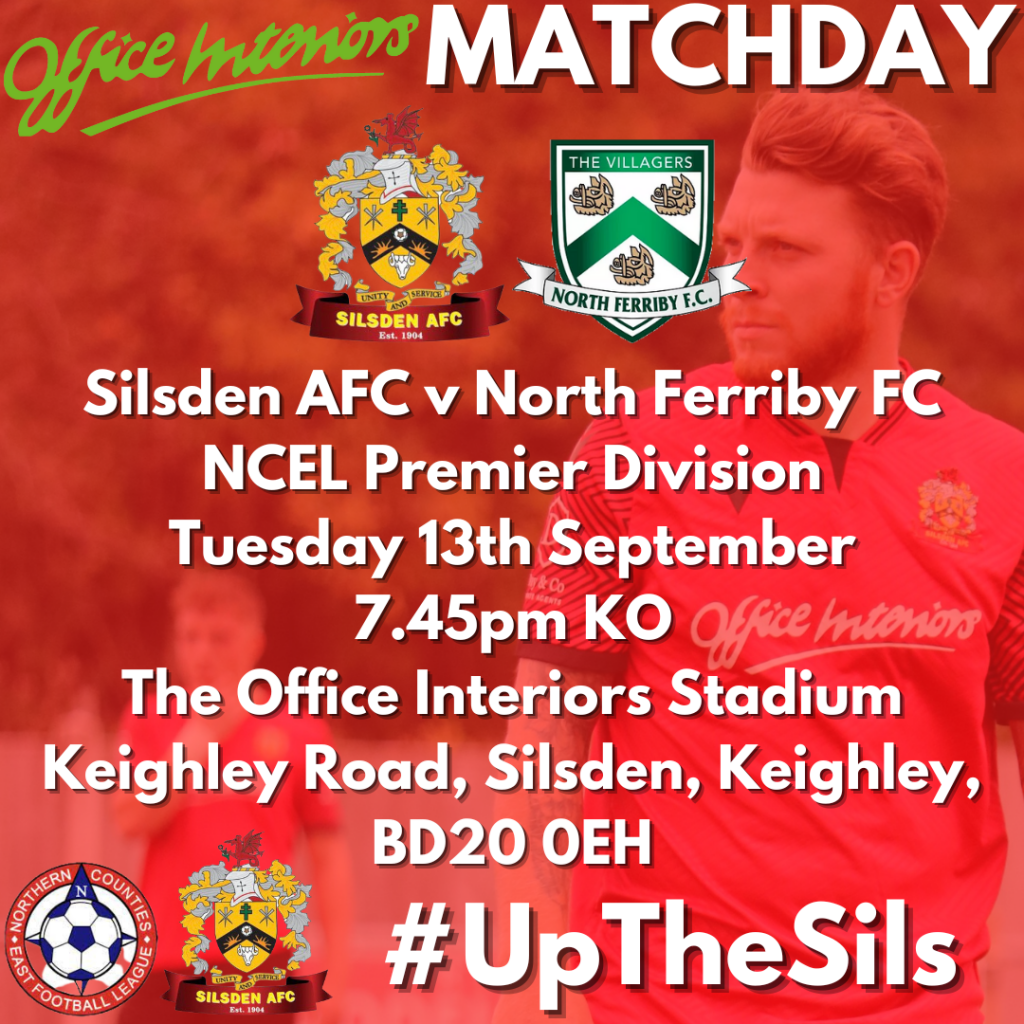 A stunning Silsden performance saw them run out 4-1 winners against a high-flying North Ferriby side at The Office Interiors Stadium last night.

Luke Brooksbank’s magnificent hat-trick alongside a Josi Bradshaw penalty gave the West Yorkshire side a sizeable lead before a late Danny East header gave the visitors a consolation goal.

In a fairly even affair, The Cobbydaler’s ruthlessness in front of goal, as well as their valiant defensive resistance proved to be the difference, making it back-to-back victories for the hosts.

Whilst The Villager’s did start the brighter, hitting the post when Joel Shortland’s volley deflected off the leg of Liam Hudson, it would be Silsden who took the lead.

A neat throughball from Brad Riley left Brooksbank bearing down on goal, and despite the defenders best efforts, the young winger cut the ball onto his supposedly weaker right foot before curling a wonderful strike into the top right corner of the goal.

The next 15 minutes saw chances fall to both sides, Hudson again on hand to make a crucial defensive block, then at the other end Jordan Douglas used his leg to deny Bradshaw the second goal of the evening.

Controversy struck just before half time when the visitors thought they had levelled the game following a corner.

Oli Donald looked to have forced the ball home on the goal line, only for the linesman to cut the celebrations short by claiming the whole ball hadn’t crossed; a huge let off for Silsden.

The Cobbydaler’s flew out of the blocks in the second half however, quickly doubling their lead after a mistake from Douglas.

Brooksbank receiving the ball following the North Ferriby stopper’s miss kick, taking aim and rifling in an absolute rocket from all of 25 yards.

Two goal of the season contenders from the clubs leading goalscorer.

Silsden weren’t finished there however; just minutes later Bradshaw was tripped in the penalty area, leaving the referee with little choice but to point to the spot.

Last season’s Manager’s Player of the Year stepped up himself and converted the spot kick, placing the ball straight down the centre of the goal.

North Ferriby pressed forward in search of a way back into the game, a goalmouth scramble was somehow forced clear by the hosts defence, despite a number of Villager’s players looking odds-on to poke home the ball.

Silsden put the gloss on the performance with a superbly worked fourth goal.

Lennon O’Grady and Jake Maltby combined before the latter slipped an inch-perfect pass through to Brooksbank who did well to keep his composure and slot a calm finish into the bottom left corner for his first ever hat trick in Semi-Professional football.

A late goal for the visitors from a corner wasn’t enough to dampen the spirits at The Office Interiors Stadium, with The Cobbydaler’s claiming their biggest league win of the season so far.

The 4-1 victory sees Silsden remain 6th in the NCEL Premier Division, and with a local derby against Thackley this Saturday, there’s still plenty to build on for Matt Cavanagh and Luke Lavery’s side.