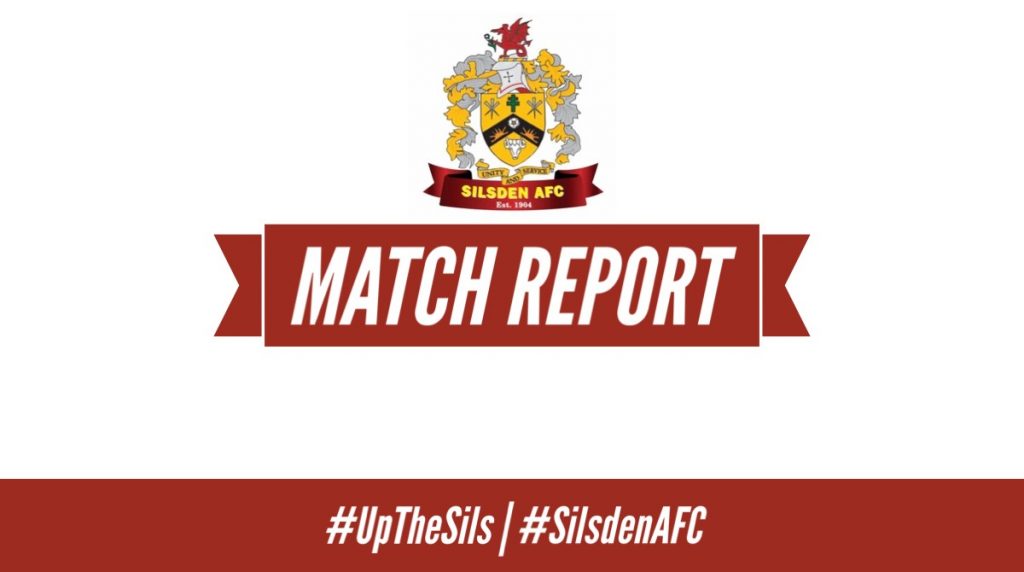 DEJA VU FOR THE COBBYDALERS WITH ANOTHER HOME DRAW

The Cobbydalers game against Emley on Saturday was similar in pattern and conclusion to the match against Maltby Main a week ago, Silsden conceding the lead twice and twice drawing level. A look at the league table shows that, at home, it’s 1 win, 3 draws and 4 defeats. In contrast, the away record shows 5 victories and 2 defeats.  The midweek defeat at Campion in the County Cup was on a par with the defeats in The FA Cup and FA Vase, all being in the opening rounds.

Jack Normanton was back in the team on Saturday and was immediately in the action forcing the keeper to dive low to his left to deny the Cobbydalers the opener. However, five minutes later Emley took the lead. Right back Sam Pashley broke up the right and managed to get to the Silsden by-line to cross to Callum CHARLTON, the left back, to slot the ball home. When Silsden defenders broke up other attacks, they often looked for outlets, with the some of the forwards waiting for the ball rather than coming for it when marked. When Ben Clarkson and Bradley Riley did get the ball the game was slowed down. Fortunately Normanton was back to his best, not only creating chances with his pace, but also tracking back when Emley had the ball.

On sixteen minutes Emley almost notched a second, James Ngoe heading wide as the ball was curled over Lee’s far post. Two minutes later Riley managed to send the ball over to Mo Qasim, whose shot was tipped over the bar by Gary Stevens, whist at the other end, Emley’s Joe Jagger fired over the Silsden crossbar!

The equaliser came on twenty-eight minutes when skipper Barnes sent NORMANTON away. His pace took him into the box where he slid the ball home. George Doyle, at the other end, should have restored the visitor’s lead but headed wide, with the goal at his mercy. Barnes almost put Silsden in the driving street at the other end when Riley fed Normanton, who crossed into the Emley box. After a cross from Qasim, the ball was deflected for a corner. Illingworth’s header just cleared the bar. A fearsome free-kick from Normanton was blocked by the defensive wall. The half came to an end with Charlton almost notching a second for the visitors.

The start of the second half saw Silsden on the front foot. When an in-swinger came across from the wing, Riley had the chance to put Silsden in the lead but wasted the opportunity, trying to get onto his favoured foot. A swift break from Emley’s forwards, involving Jagger, George Doyle and Lennon O’Grady, ended with the latter firing over the bar. A minute later it was 2-1 to the visitors, DOYLE heading in the net unchallenged.

Danny Forrest brought himself on for Clarkson, bringing some pace and experience into the forward line. Immediately Silsden attacked, with Qasim curling an effort just wide. Forrest then sent Qasim through but he was halted by a heavy challenge. The visitors counter-attacked but Joe Mitchell cleared the danger. When Illingworth slid a pin-point ball through to Forrest, only Stevens denied the player-manager a goal.

With twenty minutes left the game could have gone either way. Khurram Shazad replaced Riley. Immediately the substitute, receiving the ball from Moses, crossed to Forrest, who headed wide. Shazad had an even better chance to equalize minutes later when set up by Qasim, but failed to hit the target.

On eighty minutes Danae Lawrence broke free, with only Lee to beat. Lee dived to his left to save the day. Immediately the ball was moved up the pitch and NORMANTON was on it in a flash, to level the scores, leaving a trail of defenders in his wake. Silsden pushed for a winner. Normanton just couldn’t get a clear contact on a through ball then a brilliant run by Qasim ended with his effort shaving the outside of the post.

Probably a fair result but plenty for the management team to mull over, particularly when the opponents have the ball. When that happens everyone should think defensively! But there are always some positives. With Matty Moses and Mark Everingham back in the team, one can only wish them the best after such a long time out of the game, robbing them of playing time when they should have been enjoying their prime years. Good luck guys.

Next Saturday it’s another home game! Albion Sports are the visitors.