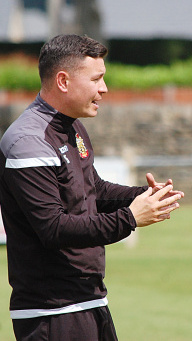 Byron Whalley caught up with Manager Danny Forrest who shared his thoughts on last season, the squad moving forward and looked ahead to the next campaign (whenever that may be!) 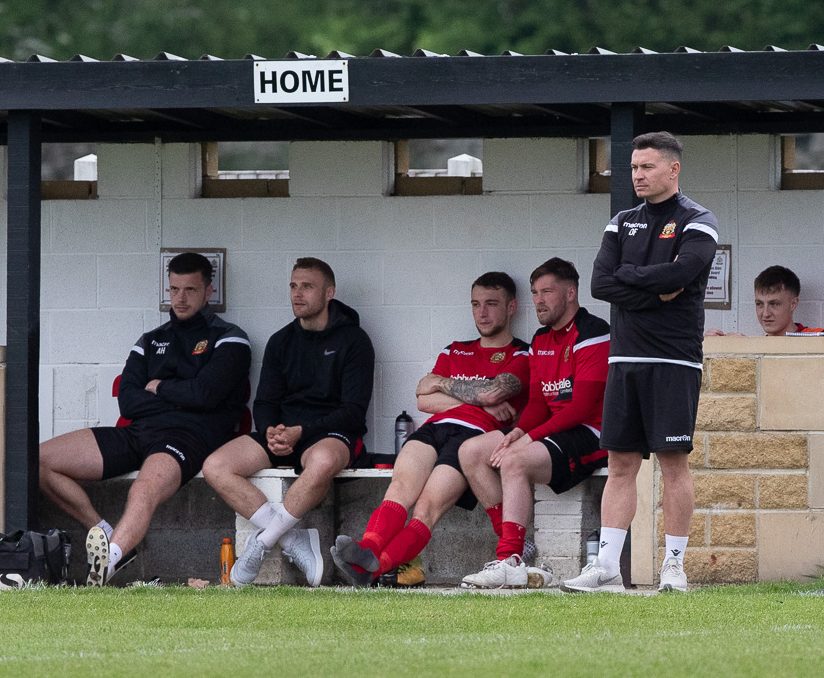 As the 2019/20 season sadly came to an abrupt end, what were your thoughts on how the season went overall? It was also your first in the NCEL after moving across from NWCFL, how do you think the transition went?

“The first emotion was disappointment, but health takes presidency over anything. We were on a good little run as the season got cut short and we had stood toe to toe with some of the top teams towards the back end of the season. You could feel the belief running through the group of players so it was a shame really, but as I said before the safety of everyone is far bigger than football.

In terms of moving across from the NWCFL to NCEL, it was a change I enjoyed to be fair. I didn’t mind the NWCFL at all, there’s some great clubs and great people involved and I thoroughly enjoyed the challenge. But I welcomed the move, mainly as it helped with travelling, and possibly brought more of my footballing network in to play as I spent a lot of my playing days around Yorkshire. A lot of people I speak to want to compare different football styles between the two leagues, but to me there wasn’t much difference. I suppose whatever league you play in you’re going to get teams who have different ways of playing and we’ve seen that in both leagues over the last couple of years. Some will enjoy being direct and physical, others like to play a bit more. It’s a difficult comparison to make. Finding a balance and being adaptable are what we’ll be looking to achieve.” 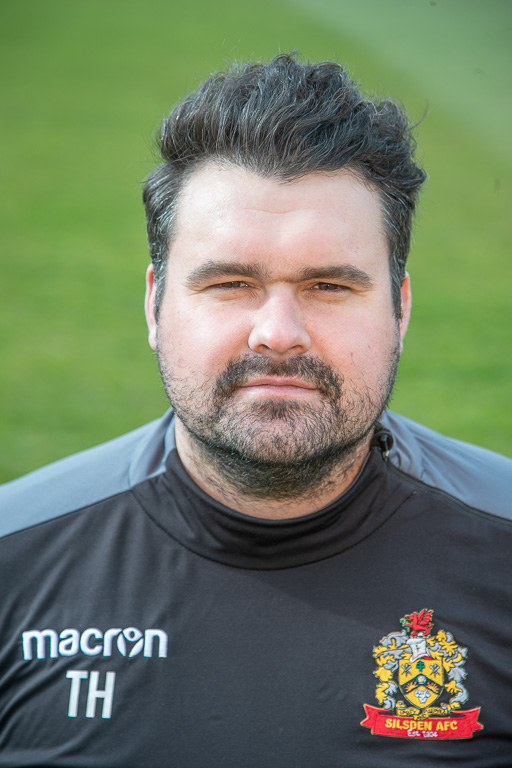 “It’s fair to say we do have quite a young squad, but the same could probably be said for quite a few teams in our league. I personally enjoy working with and investing in young people which is reflected throughout the club; players, staff, media team, U23 coaching staff. All young and have a hunger to progress and do their best for the club. Having said that I feel it’s equally as important to have experience and a lot of our players have played over 100 games for the club while I’ve been involved. Lads such as Chris Wademan, Arley Barnes, Josh Kaine, Joe Mitchell, Dan Illingworth, Mark Everingham. All early or mid twenties but have a lot of games under their belt. I also look to Craig Bentham, Tom Higman and Kevin Knappy on the staff, as well as Ben Higginson and I’ll also throw Khurram Shazad in to that mix as he’s proved to be invaluable on and off the pitch. These lads naturally bring balance and support and mentor the group where possible.

There were some challenges, particularly mentally. I don’t feel we dealt with adversity well enough, whether that was when going behind in a game or after losing a game. It seemed to affect us for too long. That is a challenge that we as staff have to try overcome and help the team deal with those situations. I felt we improved in this area as the season went on and we started to see the group really grow in togetherness and belief. So we’ll certainly be looking to continue that in to next season.

At this stage it’s difficult to give too much information on the squad as we don’t know when the season will start. Although planning goes on as normal and we’ve got most of the squad committed for next season which is fantastic as I felt we were really on to something with this group before the season got cut short. However it does look as though Laurence Sorhaindo is going to try his hand in the league above. It’s a shame for us as Laurence has grown in to an important player and it’s been great to have him. I’m proud of the part we have played in his development and I’m sure everyone at the club will join me in wishing him well. The only other one is Jake Taylor who we may lose as he returned to his parent club, but we’ll wait and see on that one.

We’ve got Kyle Hancock coming back to the club, Chris Wademan, Matthias Britton and Matty Moses will hopefully all get a full pre season in after recent serious injuries and all four could be like new signings for us and have a big impact.

In order to grow and improve I do feel we can strengthen by adding a couple of new players in to the mix, and I’m really pleased with some of the positive conversations I’ve had with potential signings. Recruitment is a challenge every year, and it’s no different this year. I’m just delighted the club is turning a few heads. We don’t have particularly deep pockets but I’m proud of the environment we have created and it’s pleasing that players are wanting to play their football with us. We’ll share news on incomings as soon as we feel it’s appropriate to do so.“ 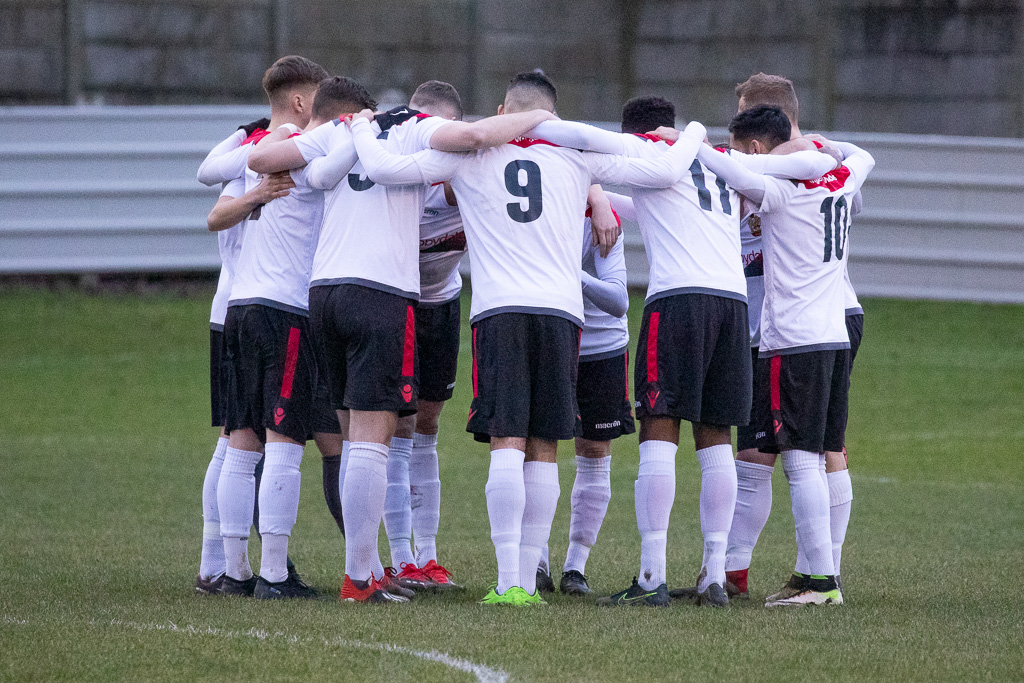 At this current moment in time there is a lot of uncertainty around football, could you possibly tell us what you know and also how you have managed the players during this time?

“As I said earlier, football really does take a back seat at such a time. We’re preparing as we normally would for a new season as we just don’t know what the future holds and it’s important to be ready for anything. I believe there’s a meeting between all Step 5 & 6 clubs up and down the country to discuss things moving forward later this month, so we may get more of an idea after that. We’re looking at our options in terms of training and we’re having plenty of discussions around the new guidelines. So we’ll see how it pans out in the short term as to whether we put something in place, but in all honesty it’s hard to know what is for the best with all the uncertainty.

One of the obvious concerns amongst all this is finances, as there’s nothing coming in to the club despite various ongoing costs. We had eight home games left which would have generated much needed funds. We’re pulling together and doing our best, we’ve done some in-house fund raising which players, staff, committee members and supporters have all got involved with which has been great. It will help towards getting the club through this period hopefully with our heads above water. We have some great partnerships and relationships with local business and companies which we are truly grateful for. To keep progressing and moving forward we’re always on the lookout for new business. With the ground development and the progression the First Team and U23 team have made in recent years we need the support to keep growing. We’re in unprecedented times, but there’s some great opportunities to get involved with the club of which we’ll release details of soon enough where hopefully we can work together with more local people to help take this great club forward.

We’ve kept regular contact with the players and I have to say the attitude from the group has been brilliant. A Strava group was set up in which all the lads have had an input, recording their runs and cycling activity. Our physio Conner Docherty has done a great job setting regular mental and physical challenges to the players which has kept things a little competitive and helped the lads engage with each other which has been important. And more recently since the restrictions were eased slightly we’ve had some of the lads take part in football specific ‘1 to 1’ sessions. We’re meeting regularly as a group of staff via video call so we’ve managed to keep everything ticking over on the football front.”

Can you give us an update on the facilities which will hopefully be in place for next season?

They’re going fantastically well. I know the development of the facilities is a priority for our committee and over the years they’ve all worked extremely hard on this. To land the funding bid was great news for the whole club and Silsden community and I know we’re all grateful for the opportunity to upgrade some of our ageing facilities. It was a great place to play football before this, but with all the improvements it’s going to be a fantastic facility and one the area can be proud of. Community is at the heart of the club and this will ensure a legacy is left for generations to come. In the short term I’m sure it’ll prove to be an attraction for supporters, sponsors and players alike. 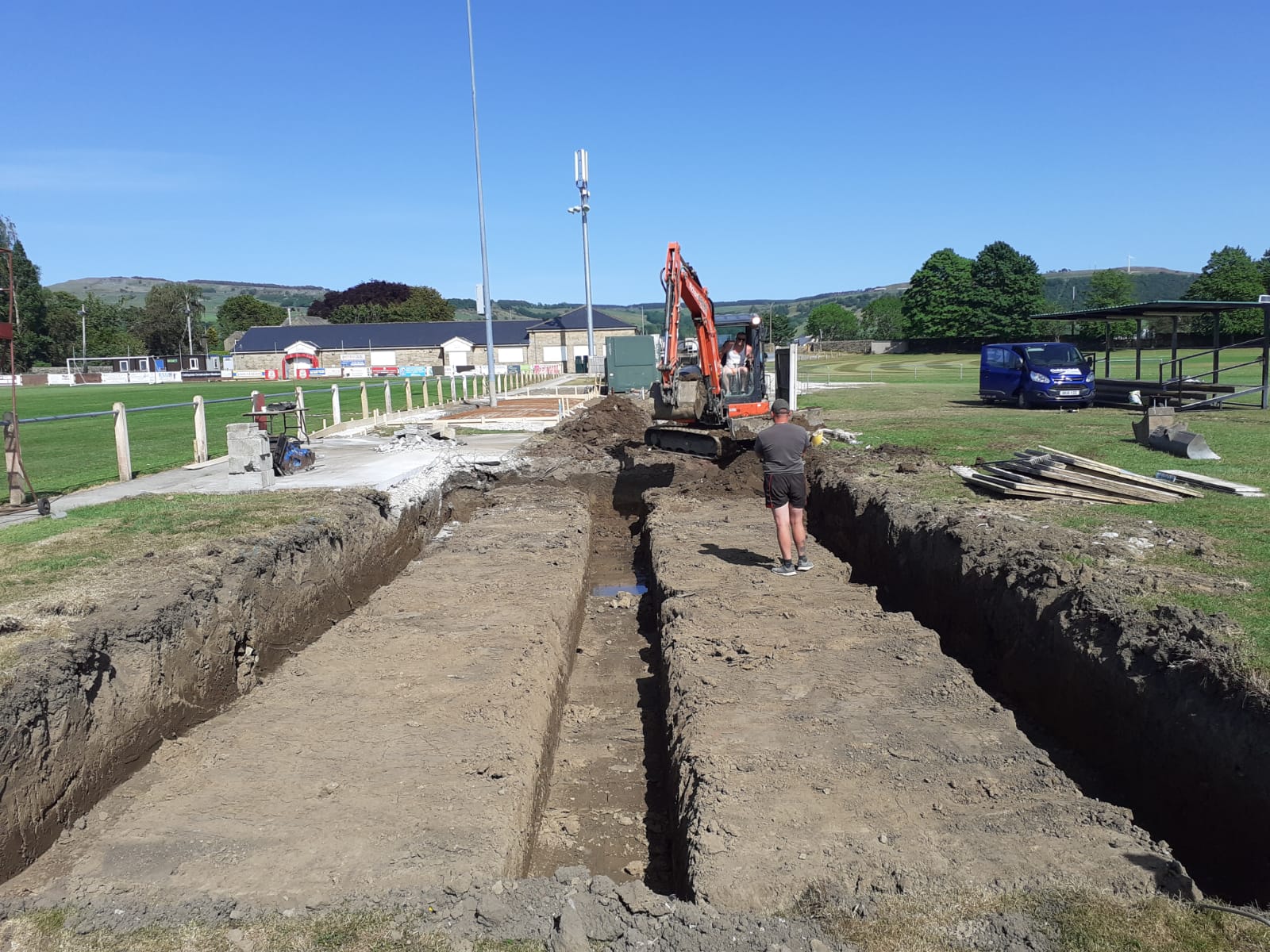 There’s a team of volunteers working hard every day alongside Steve from Cobbydale Construction. Up to press the old ‘Mcnulty Stand’ has been taken down and the area prepared and freshly concreted for the new stand and hospitality suite to sit on. I also have to say the attention to detail provided by Steve and Andy Consoli has been fantastic and it’s great that high standards run throughout the club.”

Finally, what are your expectations moving forward and how are you looking to progress the team and the club holistically?

“Moving forward my priority is to improve and progress the first team and look at strengthening development pathways through our U23 team.

In terms of the First Team we’ve managed to improve year on year. And it’s just a case of same again. We’ll demand high standards throughout while being realistic with our expectations. But really we want to continue to grow and get better.

The U23 set up is important to us, as I’ve already said we place value in young people and we’ve got a strong group coming together. Last season was a bit hit and miss and there was quite a bit of change in terms of staff. Between the poor weather and the season getting cut short it was difficult for the players to get in to any rhythm. We’ve now got a young hungry coaching team in Jacob Mistry, Sam Ash and Sohail Abbas who will lead the team and hopefully give them the best opportunity to progress. With the facilities we have and the people involved in the set up I feel we’re in a strong position to support young players and their development and hopefully we’ll see more making their way in to the First Team set up. I feel we’re suitably placed to be a hotbed for talent in and around the local and surrounding areas, and also provide players from our junior section with the opportunity to carry on their footballing journey.” 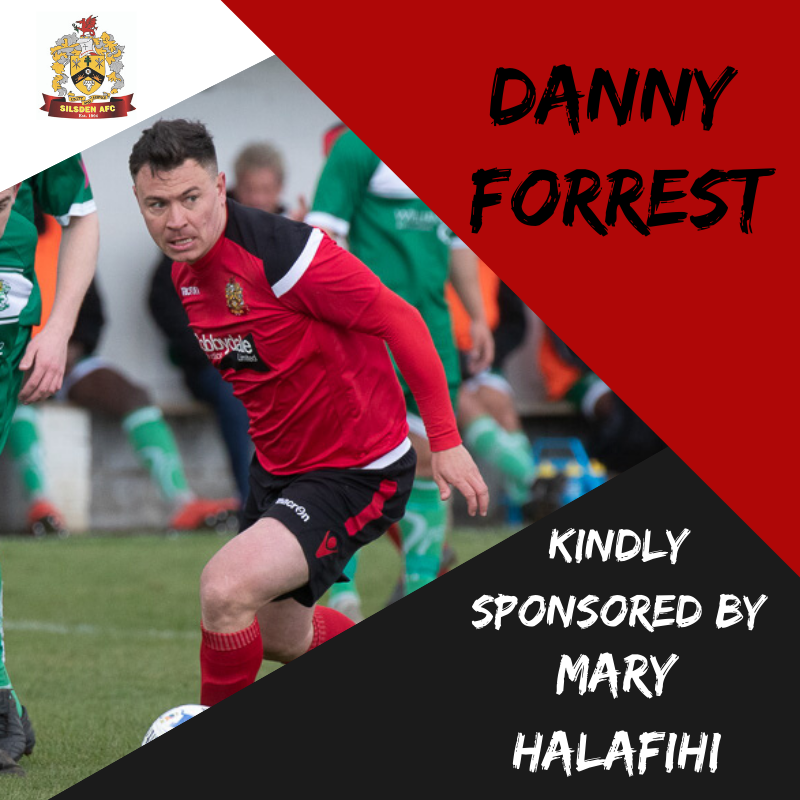