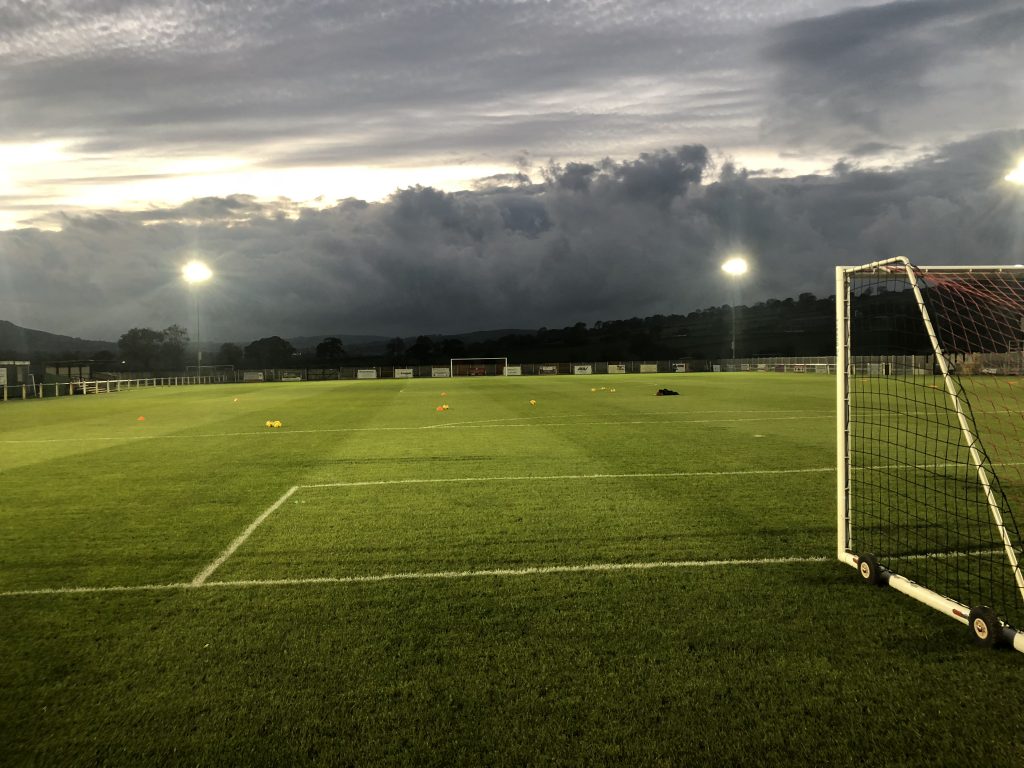 The Cobbydalers Under 18’s were one of 546 clubs entered in this seasons FA Youth Cup, won last season in a penalty shoot-out, Liverpool being the victors against Manchester City. The Cobbydalers’ youngsters were one of 358 clubs in the preliminary round.

Silsden dominated the opening exchanges with some slick passing on a surface which lent itself to pass-and-run football. Harrison Hardisty-Blackwell, who has experience with the Cobbydalers first team, was a constant threat to the visitors, shooting over the bar in the 6th minute. Miners’ Culpit broke up the next attack before Harry Parsons headed over the visitors’ bar.

The Cobbydalers created numerous chances early on, with William Procter shooting wide after creating an opening. Procter’s next effort lacked power and Miners’ keeper, Declan Starkey, got a hand on Hardisty-Blackwell’s powerful shot.

The Cobbydalers were solid at the back, keeping possession and willing to keep the ball before an opening occurred. Adam Gregory began to run the midfield. If there was any criticism of the Silsden youngsters it was that they weren’t clinical in front of goal. That changed when Toby CUNNINGHAM hit a screamer into the top corner of the Miners’ goal on 33 minutes.

Marshall Hammond then had an effort cleared for a corner. The visitors were hardly in the game with Sammy Forsdyke and Harry Parsons very comfortable  at the back for  Silsden. However Kian White got the ball in the Silsden net two minutes before the break.  The goal was chalked off because the referee had seen an infringement and Silsden were awarded a free kick. The ball was worked to Jamie Milner who threaded it through the visitors’ defence.  HARDISTY-BLACKWELL put the Reds two up.

Silsden were even more dominant in the second half. A superb tackle by Joe Lawrence led to a swift break. Hammond latched onto a through ball but saw his effort blocked. Procter followed up but was denied by Sadler. The tenacious Regan Waite then released Hardisty-Blackwell who had two chances but both lacked power.

Waites powerful run down the right released Cunningham who slid the ball to Hardisty-Blackwell whose shot was saved. The striker could easily have had a hat-trick in the opening ten minutes of the second half had he been more ruthless.

Superb control of a long ball saw Hammond break down the wing. The ball was crossed to Milner whose fierce shot rattled the Staveley bar. The keeper then saved Joe Lawrence’s effort. At two-nil Staveley were still in the game and Cunningham did well to deny the visitors a goal on 65 minutes. Waite’s strong run was then halted by Reece Hughes before Lawrence broke down the left but his shot lacked power.

On 70 minutes Hammond slid the ball to HARDISTY-BLACKWELL, whose screamer from outside the box made it three.

The visitors had not posed many questions for Silsden keeper Richard Starkey but the keeper was always involved as Silsden were always willing to involve the keeper when they sought to keep possession.  Substitutes Gledhill, Bridge and Oliver Tetteroo came on for the final ten minutes. A comprehensive win but they might not get as many chances as they progress and need to be more ruthless in their finishing.

The Cobbydalers now entertain the winners of the York City and Pontefract Collieries in the first round proper.